I have always lived in mild climates and never had to flip this plate over. Just curious how that works, is my second photo correct? Looks clunky, but I don't see another position that works.

That's it
Corvair guy since 1982. I have personally restored at least 20 Vairs, many of them restored ground up.
Currently working full time repairing Corvairs and restoring old cars.
https://www.facebook.com/tedsautorestoration/ 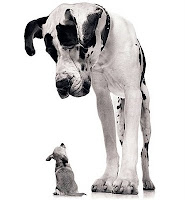 I'm digging Greg & Jeff's vintage clothing more than anything. Actually neither system is as clunky as modern car plumbing and computer "control".

The wife's PT Snoozer just flunked a smog test because I replaced the battery recently, and all of the engine's computer data was erased. Tech said we had to "drive the car 100 highway miles" to accumulate enough data to pass the OBD2 smog check test. Who's got the time? Her car never strays past the grocery store.

After some Googling, I found that each manufacturer has a specified "drive cycle" which expedites the process to satisfy their computer test specs. It actually worked, but what a ridiculous system! For instance: https://smogcheckvacaville.com/general- ... mog-check/ Also watch https://www.youtube.com/watch?v=jldTJI64cfM to see the typical hoops to jump through.

My daily driver is an electric Nissan Leaf. Other than my beloved Corvair (still have my first car), I'm rapidly becoming an EV fan. No gas, no valves, no cam, no timing chain, no smog, no oil changes, no catastrophic converter, no muffler. All ICE (internal combustion engines) are clunky calliopes. Ferraris too!
Top

I'm just glad that I now live in rural North Carolina. The annual safety inspection for my Toyota Supra is only $13.60 and all I have to do is cycle the lights and horn. They look at the tires and windshield wipers, and that's it. The Corvair is exempt from any inspection, because of its age. (A brand new car has to be inspected, but a 1966 Corvair is too old to be unsafe).

In Pennsylvania there were the emissions tests (verify the check engine light is not on and check the gas cap seal). Also there was a safety exam, which included pulling the wheels to inspect the brakes and an examination of the chassis and suspension, plus the horn, lights, wipers, etc. Two inspections that had to be performed by a certified inspector in your home town area, and the total bill was close to $100 per vehicle.

I remember having my Nissan 280ZX inspected in California (Ventura County). The tail pipe sniffer did not like some of the numbers, so the inspector/mechanic "fixed it" by re-tuning the engine. He reset the timing with a lot more advance so the emissions computer was happy. The trouble with that was that the engine pinged so badly when I drove it home I could barely make it up the Conejo Grade on the Ventura Freeway. I reset the timing back to factory specs and the eingine was fine after that. We moved to Texas the next year so I no longer had to "pass" the California emissions test.

How far can you drive a Nissan Leaf on one charge?


In base form, the 2020 Leaf is one of the more affordable EVs around. For the money, you get 150 miles of estimated range and a 147-horsepower electric motor. If you're looking for an accessible EV for typical city commuting, it's a solid choice. Alternatively, you can upgrade to the 214-hp Leaf Plus that has an estimated range of up to 226 miles.

Power for the Nissan Leaf comes from an 80 kW AC synchronous electric motor rated 107 hp and 187 lb-ft of torque. Electricity is stored in a new-for-2016 30 kWh laminated lithium-ion battery. The new battery gives the Leaf an EPA-estimated range of 107 miles. The previous 24 kWh battery in the base 2016 Nissan Leaf S and all Leaf models prior to 2016 had an EPA-estimated range of 84 miles.

Atlanta to Los Angeles = 2,183.7 miles. 2017 Nissan Leaf wold take about a month to drive that distance. No gasoline used. Economical if you don't count the meals and motel costs during your 30 day journey! It would be like taking a cross-country vacation in a golf cart! I did it in 3 days in my Corvair.

No tailpipe emissions for the Nissan Leaf, if you don't count that big tailpipe sticking out of the electric company power plant! Can you imagine the nationwide power brown-outs if everyone drove a Nissan Leaf and plugged it in each night for a 240 VAC quickie charge to get them back to work the next day! The national power grid could never support the nightly load feeding all those hungry Nissan Leafs! And imagine everybody also wanting their homes air conditioned during the same time period during a typical summer heat wave!


The stake through the Leaf's heart is really the pricing of the higher-range versions. The Leaf Plus starting price is above that of the base Tesla Model 3, a car that is universally superior. Unless you really need an electric car in the low-$30,000 range like the Leaf's base models, the Nissan is difficult to recommend.

I think I would opt for a hybrid, like a Honda Accord Hybrid or a Toyota RAV4 Hybrid. They offer the best of both worlds, offering economy and lower use of fossil fuels, while offering realistic compromise between electric and gasoline power. The EV cars just demand too much from total electric power. The technology just isn't there, and neither is the national energy grid to support it. Wind and solar power just can't cut it. Efficient use of fossil fuels, like natural gas for electricity generation, or looking at the technological advances possible with new designs in nuclear power are the only realistic possibilities. We can conceivably transition to more efficient use of fossil fuels and safer designs in nuclear power, but large capacity alternative power sources just don't exist.
Brad Bodie
Lake Chatuge, North Carolina

My Leaf is a 2014, they are giving them away. Got it 3 years ago for $7500, minus $1000 in various rebates. Range was 100 new, now ~86 on a full charge, the batteries deteriorate slowly. Love it as a local car, free charging everywhere, zero maintenance. Would suck as an only car... but a Corvair would not be a great only car either, amirite?

I always viewed the total electric cars as something of a glorified golf cart — a passenger car realistically only useful for local commuting and local around town errands. The high initial (new) purchase price is somewhat ridiculous, and its limited usefulness explains the rapid value depreciation and give them away pricing for used versions.


...Would suck as an only car... but a Corvair would not be a great only car either, amirite?

Corvairs continue to age, but I grew up with Corvairs as our primary family car, starting in 1961 when I was 8 years old. As a teenager I continued to rely on and enjoy Corvairs. I dated in Corvairs, drove a 1962 Corvair on my wedding day and we drove it on our honeymoon. I served all over the USA and in Europe with the Air Force while I, my wife and two children relied on our Corvairs as our main transportation from 1972 through my retirement in 1996. At age 67 my wife and I still depend on our 1966 Corvair convertible.

However, we have enjoyed our Datsun 240Z, Nissan 280ZX, Toyota Supra Turbo, Lexus GS450, Ford Explorer, GMC Sierra, Nissan Maxima, Toyota Camry, and several motorcycles including a Honda CB1100F, Honda Hurricane 1000, Yamaha FJR1300, and Suzuki Hayabusa over the years. But the Corvair was consistently a centerpiece in our family transportation. (At 67, my garage activities are fading, so I'm considering a Toyota RAV4 Hybrid to add to the mix — but the Corvair convertible will remain).

I drove a '63 convertible for many years as my daily driver. 2 hour round trip to work for several years.
114 Corvairs, 5 Ultravans and counting
Northlake, TX
Top

My Corvair was my only car for many years and I made it work. But with years, gray hairs, rust & brittle wires comes wisdom and the luxury of a second car. It's not getting any easier to crawl under a car or contort to wire under the dash.
Top

I know what you mean. At 67, it seems like every time I struggle to get down on the concrete and slide under the car, I then discover that there is just one more tool I need from the tool chest. And then must struggle to my knees, and then drag myself upward to eventually (hopefully) get on my feet, and then go get the tool. Then I go back under the car, and discover yet one more tool I need. REPEAT. REPEAT, REPEAT!