I am putting my 140 motor back together and have been having a problem with the lol pan bolts stripping , I have had to put in 5 heli coils the books say to torque at 100 inch pounds , is this the right torque?
Top

The aluminum casting design [used in aftermarket aluminum cast valve covers and oil pans] should not be subject to the problem with stamped steel pans that can deform and crush into the thick gaskets in the areas directly beneath the bolt holes. When this happens the pressure against the gasket is not distributed evenly, with less pressure against the portions of the gasket between the bolt hole areas. The cast aluminum pan will not crush or deform, so it will tend to distribute pressure more-evenly around the perimeter of the pan to help seal the gasket surfaces. The problem with the Corvair oil pan design is that about four quarts of liquid resides ABOVE the gasket, unlike conventional oil pans that serve as a reservoir with the oil stored below the gasket surfaces. In those oil pans the gasket surface only has to seal against splashing oil, but the Corvair has to seal against continued pressure from a liquid that is constantly trying to find a way to escape — even when the engine is turned off!

If you are installing a stock steel oil pan, check the mating surface to ensure that it is flat and not deformed around the bolt holes. If it is deformed you may be able to correct any flaws with a hammer and backup "dolly" (a block of wood). Select a good gasket, and try a lower torque setting. Use a 3/8" drive inch-pound torque wrench, as a 1/2" drive foot pound torque wrench may not be that accurate at the lower levels. 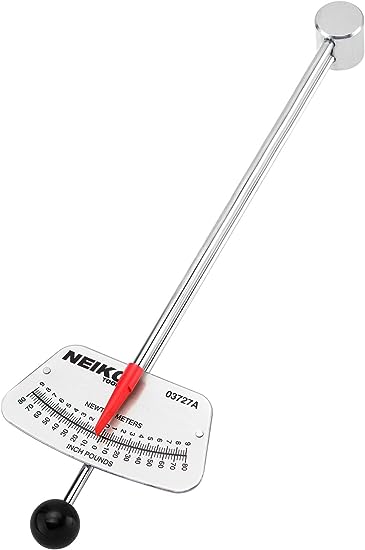 That's way too much. If you are using a cork gasket you just tighten them until the gasket just starts to crush. A nut driver is a good tool to keep from tightening them too much.
114 Corvairs, 5 Ultravans and counting
Northlake, TX
Top