Show of your ride, keep track of your project, watch as others progress on their projects
Post Reply
472 posts

Hi Ralf 1110271 is a 1962 distributor for power glide and you can look it up on distributor chart from Brad. I think it is going to work fine on your engine. Keep up the good work. Few pictures from Iceland.

Am-Iron
Corvair of the Month

Ralf I can not wait to see your smiling face driving your Lakewood around! Great work!
Check out my FB Page! http://www.facebook.com/pages/Corvair-O ... 0804308827" onclick="window.open(this.href);return false;
Top

i will be so happy and glad all is done and drivable again! working on the tail lights at the moment, its going great so far!
Check out the Corvair Basement
Top

We finished all the fuel lines

and we start working on the wiring and other electric connections

Tail and back up lights are in, complete with wires. I really like the 63 lenses, but i need to modify them slightly to fit perfect. The 1961 are ok to for now but in the future i will go for the 63 horizontaly. There will be a nice line of the side trim, and the lenses

And a total rear view of the Lakewood

Next step get the heater box in and more electric wires.

I am partial to 62 lenses:)
Corvair guy since 1982. I have personally restored at least 20 Vairs, many of them restored ground up.
Currently working full time repairing Corvairs and restoring old cars.
https://www.facebook.com/tedsautorestoration/

But there was no Corvair "Lakewood" name after 1961, and no station wagon after 1962!
So using 1963 or 1964 lenses might be considered a transgression, or even sacrilege!

YES you all true!

I will start with the 1961 lenses, and from there i always can change to 63 (and reverse) I'm with Brad Bodie, I like to style and looks of the 63 lenses, they look awesome! Yes some members overhere where also: you cant do that (like the sacrilege), and in my mind it is crossed several times, but in the end, my car, my choice and i always can go back to stock.
Check out the Corvair Basement
Top

Electronic ignition, thanks to Iceland Spyder and a Dutch Corvair Clubmember for hooking me up with the parts.
Easy converting aswell,

We did a lot on the heater unit aswell, and some other small things, always something to fix / rebuild and build!

Thank you!
Check out the Corvair Basement
Top I like them horizontally, there is a nice line with the side trim that ends up by the rear lights, the lensen take the line over :D i dont know why but it just looks better.

Ow man i almost go full custom on the rear

And yes in the future with the Electronic ignition

I know Corvair belts are supposed to run loose but that one is about to fall off...
114 Corvairs, 5 Ultravans and counting
Northlake, TX
Top

yes it is not done yes, need to tensioning it, its on the list before we start the engine.
Sometime its easy to work with out the belt on the engine, so we take it off.

Hi Ralf, you need to reinstall the distributor, the vacum advance hose is pointing too far to the left. It should be parallel with the rear body cross beam. Other than that all looks perfect.

I was going to mention this, but I believed that in doing so I would become too much of a nuisance.

noun
a person, thing, or circumstance causing inconvenience or annoyance.
"I hope you're not going to make a nuisance of yourself"
Similar:
source of annoyance/irritation
annoyance, inconvenience, bore, bother, irritant, problem, difficulty, trouble, trial, burden, pest 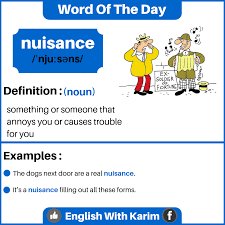 But since it has already been mentioned, here are pictures to guide you with the proper distributor orientation. This can be achieved as follows... With the timing mark on the crankshaft pulley pointing at the correct timing setting and the rotor pointing at plug wire No. 1, simply rotate the distributor to achieve the proper, widely accepted vacuum advance position shown in the picture below. Then, unplug the spark plug wires and re-position them to attain plug wire number 1 in the correct position associated with the rotor. Recheck the timing with a timing light.

I'm certain that you will find this distributor orientation much-more aesthetically pleasing.

To call something aesthetically pleasing is in essence to call it beautiful, i.e. pleasing to the senses, but particularly the senses of sight and hearing— it would be unusual to describe a delicious meal or an aromatic perfume so.

Thanks Brad that is what the corvair community is all about, spreading knowledge to fellow members and enthusiasts.