Show of your ride, keep track of your project, watch as others progress on their projects
Post Reply
16 posts • Page 1 of 1 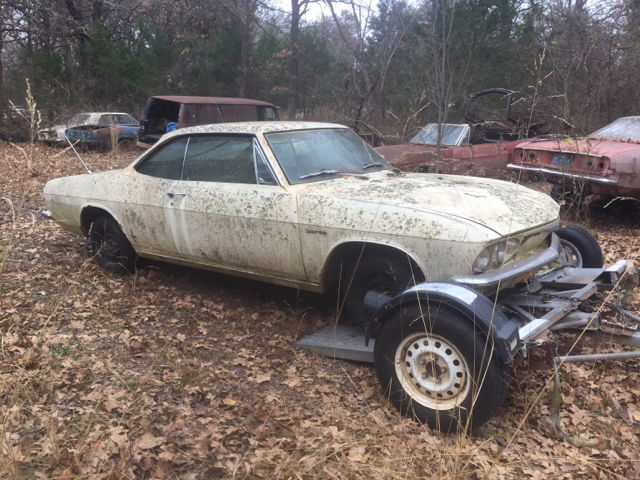 My son’s car was put out to pasture in 2002. It was taken to the Corvair graveyard for lack of interest on his part and lack of room on mine!
It is time to bring her/it back to life.
A stop at a local car wash knocked off years of dirt and grime! Not to mention the little tree fungus that attaches itself 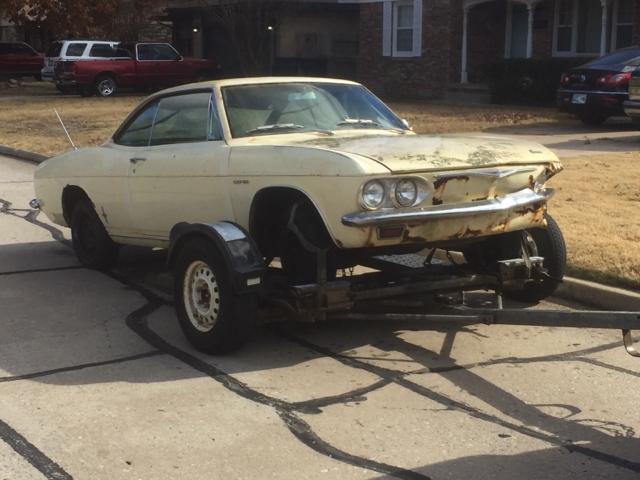 I started working on it inside, removing the seats and carpet, looking for rust in the floorboards. The white seats are covered with mold! But it turns out that the floors are very well preserved! There is some surface rust in a few places as the picture shows. The only rust through holes were at the throttle pivot, under the rear seat!
I’ve removed the waxy seam sealer and opted for 3M sealer and Eastwood’s “brushable” seam sealer on top of it. The old sealer seems to have been put on, all the cars I’ve worked on at least, a bit haphazardly!
As you can see, the car was crunched front 1/4 on the driver’s side! Long story about the crash, but it’s repairable.
I’ll tackle the eng compartment next. Clean it up and get it ready for its original, rebuilt 140. 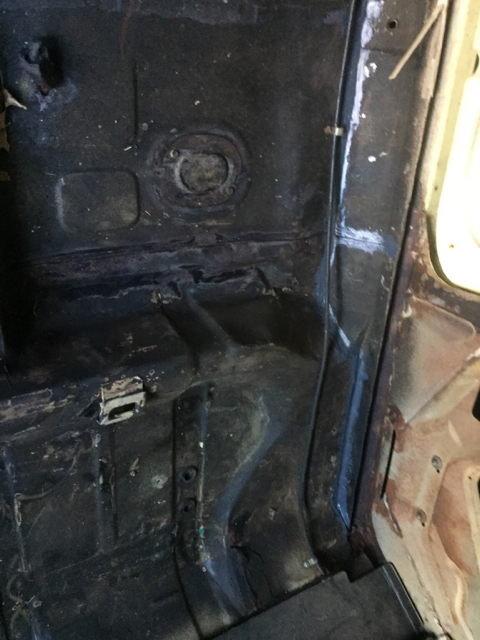 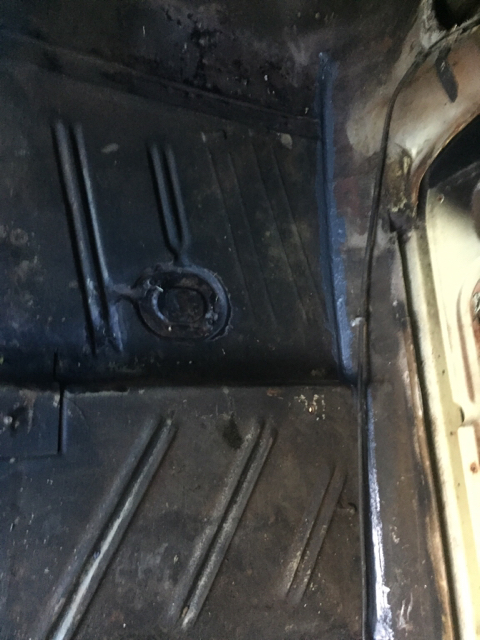 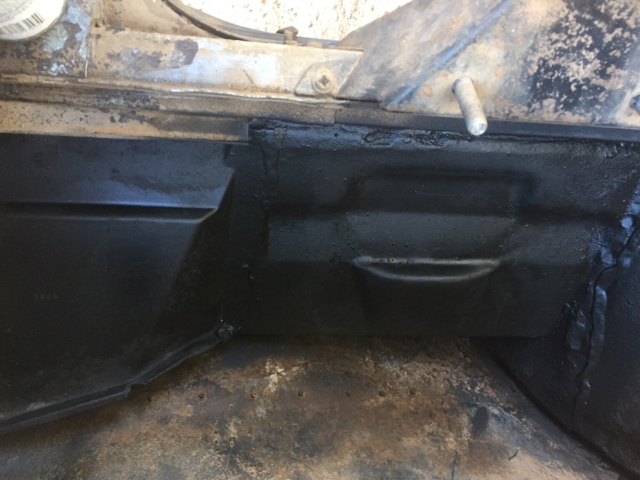 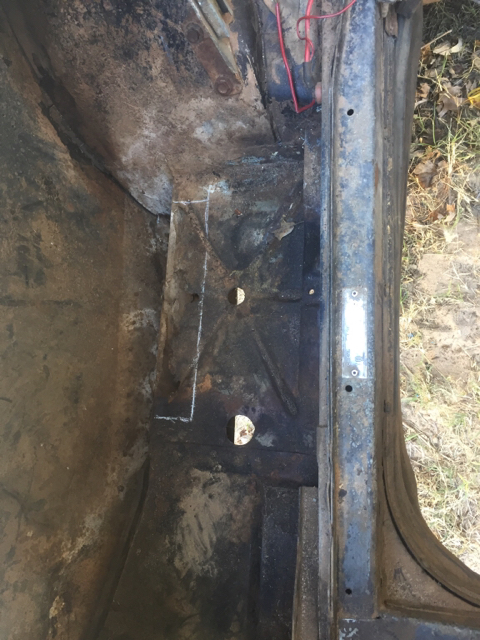 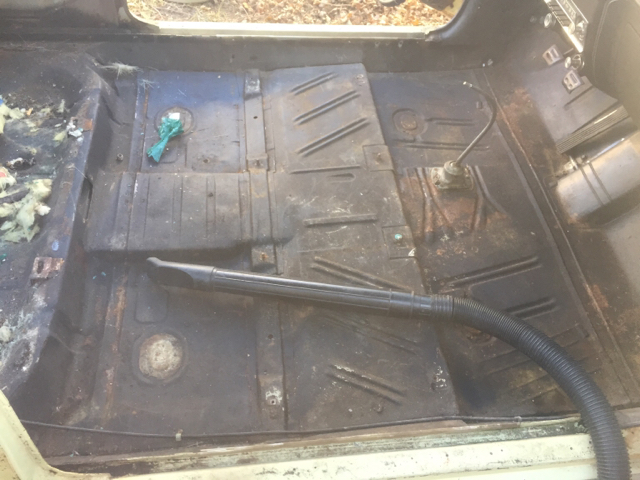 I’ll post a pic of the moldy seats as I clean them a little.

Where is this so called graveyard? Very cool. I was never a huge fan of the LM but the more and more I see them and work on them I kind of want one.

Sent from my LG-H931 using Tapatalk

As to where the Corvair graveyard is..... it is N of Oklahoma City on a club member’s acreage. Inasmuch as it is not my property, that’s all I can say 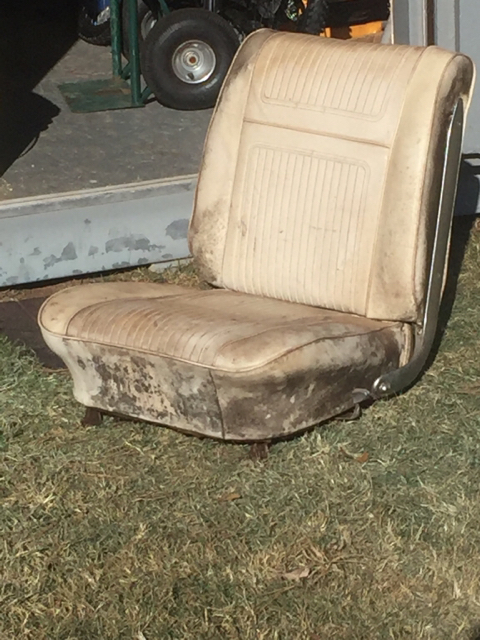 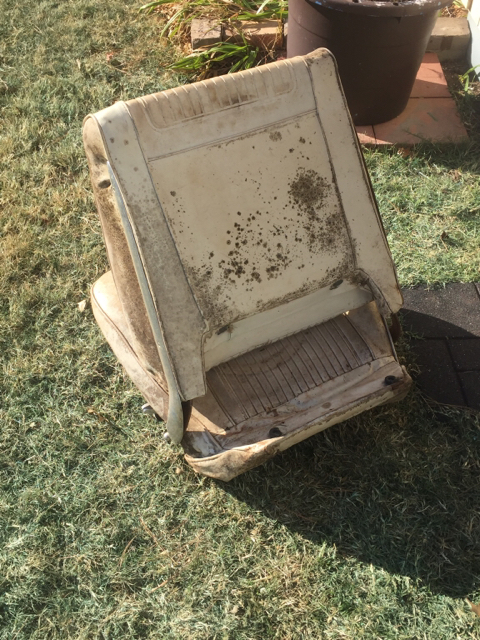 Here are a couple of pictures of the front seats.
There are no rips or tears but a couple of places are the vinyl is coming apart.
However the trim code calls for Black interior so at one point one of my boys must have taken the other sets and door panels to put in their youngest brother’s 65 Corsa!

The front sheet metal will need some attention. But that will need to wait until I get an engine in and running.

Those seats look far better then mine. Mine look like a pissed off raccoon got ahold of them! LOL
Top

I’ve looked at your pictures and it looks like a small explosion. But unless you are going for a total stock restoration, there are other seats that will fit, are more comfortable and cost not much more, depending on what seats you choose of course, than repairing and recovering the seats you have.
I’m sure seats are down your list of priorities, so do some seat research and you’ll find what you want.

A short update and a change of plans!
Got a call that a member of our local club was parting out a 4dr. Turns out its the same car I got the rt front fender off of to fix my 65 Corsa convertible a few years back! A big “thank you” goes out to Richard and Dave for their help

My plan was to prep the engine bay and ready it for its 140. But plans changed, as you can tell. Here are a few pictures of the process of removing the crunched metal.
It had apparently previously been hit in the front (lightly) as bondo was present as well as three fiberglass patches in the area. Fiberglass over paint, just WOW!

As with us all, other projects, family and life's issues and events get in the way of our Corvairs! I have not been working on this project ) I have other projects that needed some attention. However, I
finished the finder replacement. It was all done in my rear driveway, like my '65 Corsa convertible. I will attach a few pictures to show my progress through the spring. but with the summer months I have retreated into my shop( with AC to work on a couple of engines

First fit up of the crashed fender

I will post the rest of my progress tomorrow when I can find the pictures on my phone.

This is what has taken up most of my time. 1966 Corsa for my wife! It was resurrected from an old attempt to build a Toro vair. After sitting 30 years that I personally knew of I purchased it from the builder's wife, after the PO and the builder both passed!
I welded in all the sheet metal that had been removed and replaced the rear suspension. A complete 140 rebuild with Tom Knoblauch heads and the correct 66 4 speed. More details later on this one.

Up on modified harbor freight dollies, just to be able to roll it out of the way. "Don't have a cow man"! Jack stands are on the dollies with 2x4s across the dollies for added strength. NO I don't get under it. Just makes it easier to sit on a roll around stool and work on the front sheet metal!

Wow, neat! Glad to see you are back at it.....interesting story!
Top

Cheep dent pulling. You don't need a special "Stud welder" just your mig and some washers!

a little "Ding" in the belt line

The other side was done as well with this way. give it a try next time you need a major dent pulled out

Didn't turn out perfect but it is not going to be a show stopper. However, it should be a fun driver for someone.

The Corsa is now waiting on an engine. I am wanting to get it running before winter as it has a posi-trac, so it should be good in our occasional snow and ice. BE sure to do something every day on your project. Little things add up over time. Good luck everyone. Sorry the pics are turned.