New to the site? Introduce yourself here.
Post Reply
15 posts • Page 1 of 1

This week, I'm buying a 1965 Monza 110 sedan w/Powerglide automatic; one owner and only 37k miles. It sat in a garage in NJ for ~30 years, ; needs some TLC but has minimal rust, engine runs well, seems to be all original everything. Even has the original title, owners manual, and hubcaps!

I've joined both CORSA and NJACE, and been poking around this forum for insights, but wondering if there's a good beginners resource for a new owner?

I'm getting the mechanicals checked out first thing and definitely know all of the seals, weatherstripping, and tires need to be replaced ASAP, but not sure the ideal order of things beyond that.

You do not have the required permissions to view the files attached to this post.
Last edited by glecharles on Sun Oct 18, 2020 4:52 pm, edited 2 times in total.
1965 Corvair Monza 110, Sport Sedan w/ Powerglide | New Jersey
Top

Not bad for N.J. weather. Now that you are in the Corvair world a 4 door "Sport Sedan" is often called a "Moredoor". I have one that I didn't really want as I had another Corvair, but it was a solid car with factory A/C and the price was right. I've really come to like the car. It gets more attention at cars and coffee than my convertible!!!

I'm surprised nobody replied yet. As is often said here - advice depends on your abilities. What can you do, vs. hiring someone to do it.

Anyway ---- I've had a number of old cars that I buy in sad shape and bring them back. I do most of my work, otherwise it would be too expensive. The Corvair, unlike a Camaro, takes about the same money to restore, but sells for a LOT less.

After 30 years the brake master and wheel cylinders are probably corroded - you'll need new (don't bother to rebuild cylinders that are corroded).

The fuel tank is probably full of rust and crude. If so it's cheaper to put a new one in vs. trying to clean and fix an old fuel tank. And while the tank is out replace the brake line above it (can't be accesssed with the fuel tank in the car). NEVER RUN AN ENGINE ON OLD GASOLINE as it can cause the valves to seize in the guides!!! Been reported numerous times.

Change the oil, filter, and transmission fluids. I would drop the oil pan and scrap off the old crude or the new oil will get dirty FAST.

The carburetors may need to be dismantled and cleaned. After that get the engine running and you can figure out what other issues need attention. The old pushrod "O" rings didn't last long and leak oil. The new Viton "O" rings stand up well.

Don't get too many things going at once or you may get overwhelmed and loose interest.

Other's will have more to say.

Don't tear the engine apart until you figure out if it runs and do a compression check.
Top

"NEVER RUN AN ENGINE ON OLD GASOLINE as it can cause the valves to seize in the guides!!! Been reported numerous times."
Where? I've never heard of that. 30 year old fuel is long past any ability to run.
113 Corvairs, 5 Ultravans and counting
Northlake, TX
Top

I posted this for another new owner...

Welcome to the Corvair Forum!

A good dusting, some fresh fluids, a new battery, and new tires may be all she needs after the long sleep!

Removing your car from storage/Reviving a Dead Corvair

The link below will provide you with a list of useful websites that are Corvair-related. Some of the links will lead you to an extensive technical library that will allow you to download shop manuals and other technical references in Adobe Reader format at no cost. There is also a link that will help you to locate nearby CORSA (Corvair Society of America) club chapters. You will also find a list of essential Corvair parts suppliers. Clark's Corvair Parts in Shelburne Falls, MA is the biggest and oldest Corvair supplier in the world. You will find a link that can provide you with a series of videos that amount to a tour of the Clark's Corvair Parts facilities. Parts suppliers such as this truly make our Corvair hobby possible.

Bruins_Fan
Corvair of the Month

Always good to have another ‘65 owner

Took delivery today, straight to my mechanic to look it over and see what's what. I haven't worked on any car in nearly 30 years but am looking forward to getting my hands dirty with this one.

Anyone familiar with registering an old car in NJ? I'm not looking for the historic angle, I'm planning to drive this casually, but not sure how a 55-year-old car passes inspection, etc.
IMG_20201022_110558444_HDR~2.jpeg
Sent from my moto g(7) using Corvair Forum mobile app

You do not have the required permissions to view the files attached to this post.
1965 Corvair Monza 110, Sport Sedan w/ Powerglide | New Jersey
Top

Certain vehicles are exempt from inspections, but they do vary, so be sure to check what is required for yours.

joelsplace wrote: ↑
Mon Oct 19, 2020 3:44 pm
"NEVER RUN AN ENGINE ON OLD GASOLINE as it can cause the valves to seize in the guides!!! Been reported numerous times."
Where? I've never heard of that. 30 year old fuel is long past any ability to run.

Gee Joel you need to go search on the CCF. Over the years folks have reported this issue. Even with fuel stabilizers gasoline the "reliable" limit on gasoline in about six months depending on storage. Plenty of information out there if you go look.
Top

Thanks for the welcome and helpful links! Apparently a '65 is exempt from inspection which was a nice surprise.

Initial diagnosis shows the car's in pretty solid shape, no surprises. Original tires and wheels need to be replaced, obviously, and a full tune-up, but everything else appears to be solid; minimal rust, no leaks. The interim owner had already replaced a few things (carbs, fuel tank, fuel pump, master cylinder, muffler), so there might not be much more critical work to do.

You do not have the required permissions to view the files attached to this post.
1965 Corvair Monza 110, Sport Sedan w/ Powerglide | New Jersey
Top

Gee Joel you need to go search on the CCF. Over the years folks have reported this issue. Even with fuel stabilizers gasoline the "reliable" limit on gasoline in about six months depending on storage. Plenty of information out there if you go look.

I did a search for "valves seize" and got 4 hits that were 8-12 years old from 2 people. I don't buy it. I have had valves stick but only on fresh gas. Gas had nothing to do with it.
113 Corvairs, 5 Ultravans and counting
Northlake, TX
Top

Exemptions
Vehicles more than 35 years old are exempt from the annual safety inspection.

Old cars must be inherently safe. New cars MUST be inspected, however.

I guess exempting old cars from safety inspections must make sense to some bureaucrat somewhere.

Since all Corvairs are over 50 years old... NO INSPECTION IN OUR STATE!

All together, there are seven total states that have no required vehicle inspections: Alaska, Arkansas, Iowa, Minnesota, Montana, South Carolina, and South Dakota. Michigan and Mississippi also generally don't require inspections, except for in some extremely specific scenarios.


You do not have the required permissions to view the files attached to this post.
1965 Corvair Monza 110, Sport Sedan w/ Powerglide | New Jersey
Top

I bought this 1966 Monza Sedan with 110 hp engine, factory A/C and Powerglide transmission from a Southern California BMW dealership in September (the seller was the General Manager of the BMW dealership). I switched wheels to a set of Foose Knuckle 17" x 7" wheels fitted with Goodyear Eagle Exhilarate 215/45ZR17 Ultra High Performance All-Season Tires. The original chrome wheels and Federal SS-657 205/60R14 All Season tires were almost new, but I wanted 17" aluminum rims and the Goodyear tires, so I will likely sell the chrome wheels and tires that the car came with.

The Monza sedan was originally a California car (built at the Van Nuys, CA plant) and had 3 previous owners (all in Southern California). 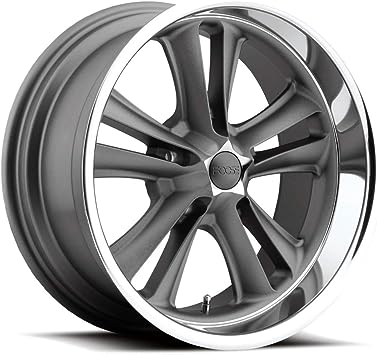 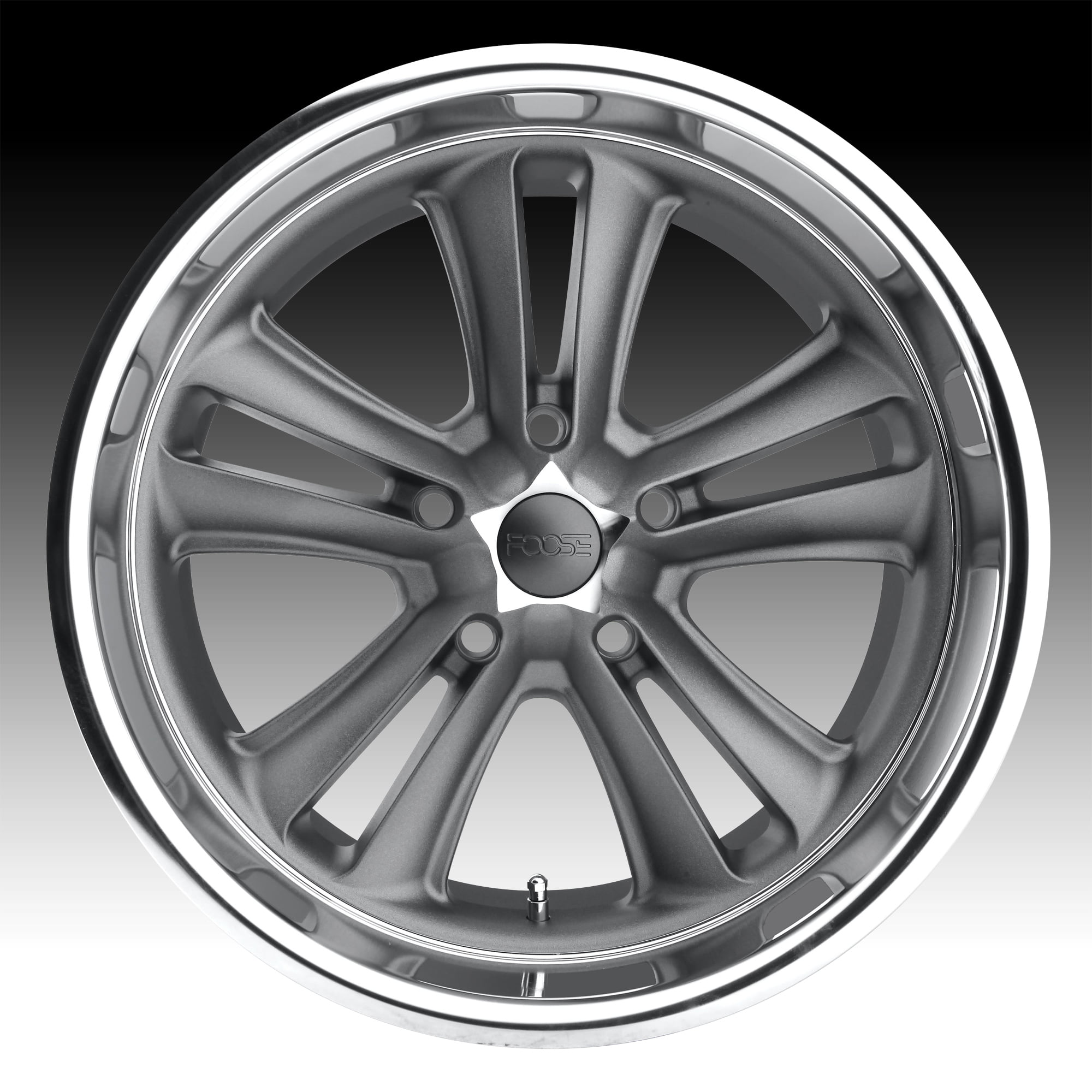 I bought this 1966 Corsa convertible from a Florida seller back in 2012 when I first joined the Corvair Forum....

Before I bought my California Monza Sedan, I tried to bid on the 1966 Monza Sedan below at a North Carolina auction, but the bidding rapidly shot up to $19,500 and I dropped out. With the auction fees the final selling price on this 140 hp sedan with factory A/C was over $20,000!
1966 Monza Sedan 140 hp Sold at NC Auction for about $20,000.jpg
So welcome to the "More Door" Corvair group! Please keep us posted on your progress.
You do not have the required permissions to view the files attached to this post.
Brad Bodie
Lake Chatuge, North Carolina

Both of your cars look amazing. I hope mine will eventually look half as good!